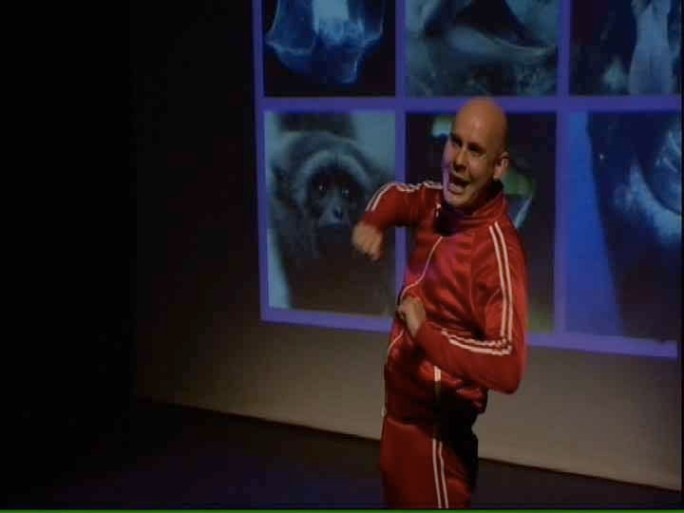 “Love Monkey trips the light fantastic between autobiography and surreal imagination…Hussey is a hypnotic performer, with a daunting arsenal of characters, accents and high-octane physical comedy at his disposal….Hussey’s verbal dexterity and kinky imagination make Love Monkey a show really worth seeing.”

“It’s a densely layered chunk of performance blending hilarious autobiography, lyrical fiction, speculative philosophy, psychoanalytical symbolism, pop and high culture references with cheap clowning…it will be on your back for some time to come.”

“A consummate comic character actor with a rubber face and a compact build that allows him to glide and prance around the stage like a dancer…his comic timing is impeccable as he switches physicality and accents.” 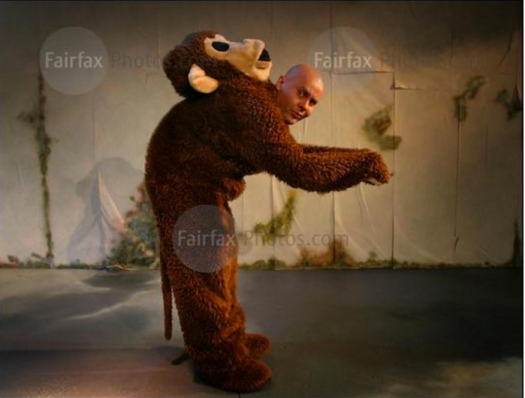 “A remarkable achievement…an entirely intriguing and entertaining production from start to finish…Love Monkey is a stunning production not to be missed!” –

“The show is 1 1/4 hours of controlled lunacy by turns bamboozling, compelling and hilarious, held together by the charisma and energy of its performer”

“He switches with an amazing agility between characters, accents, situations, meditations, all the while moving, twisting, contorting.”

“The production’s major asset is the marvelous John-Paul Hussey as number one son Danny. His portrayal of a drug affected, power-intoxicated, sociopathic dealer and family man neatly straddles the requirement to be both comedic and menacing. I loved the dead behind the eyes look and the macho posturing. He prowled the stage like he owned it and no one better forget it!” 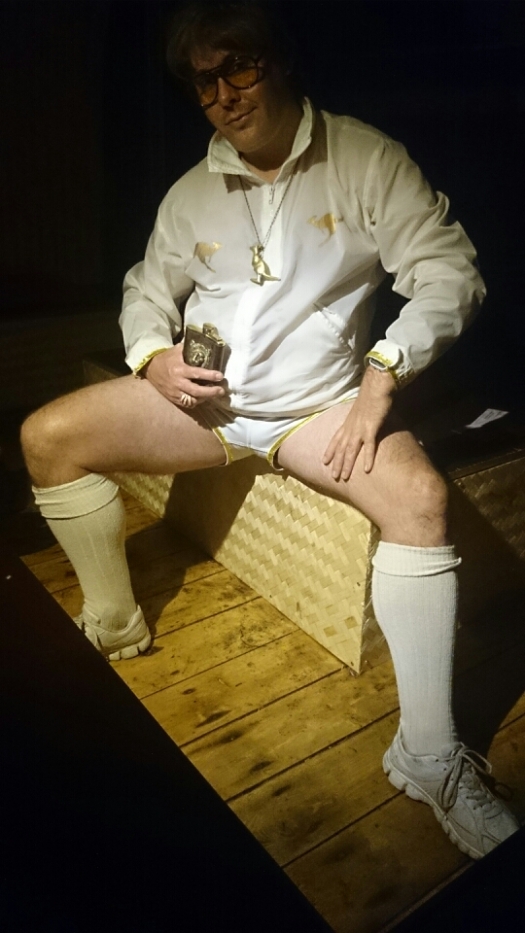 “Let the word go out that John-Paul Hussey’s play Chocolate Monkey is a triumph. I can’t imagine a one person show reaching greater heights of dramatic intensity or telling us so much about the world in which we live”

“An irresistible and a consummate performer.”

“Hussey is a human dynamo, his energy and enthusiasm are phenomenal.”